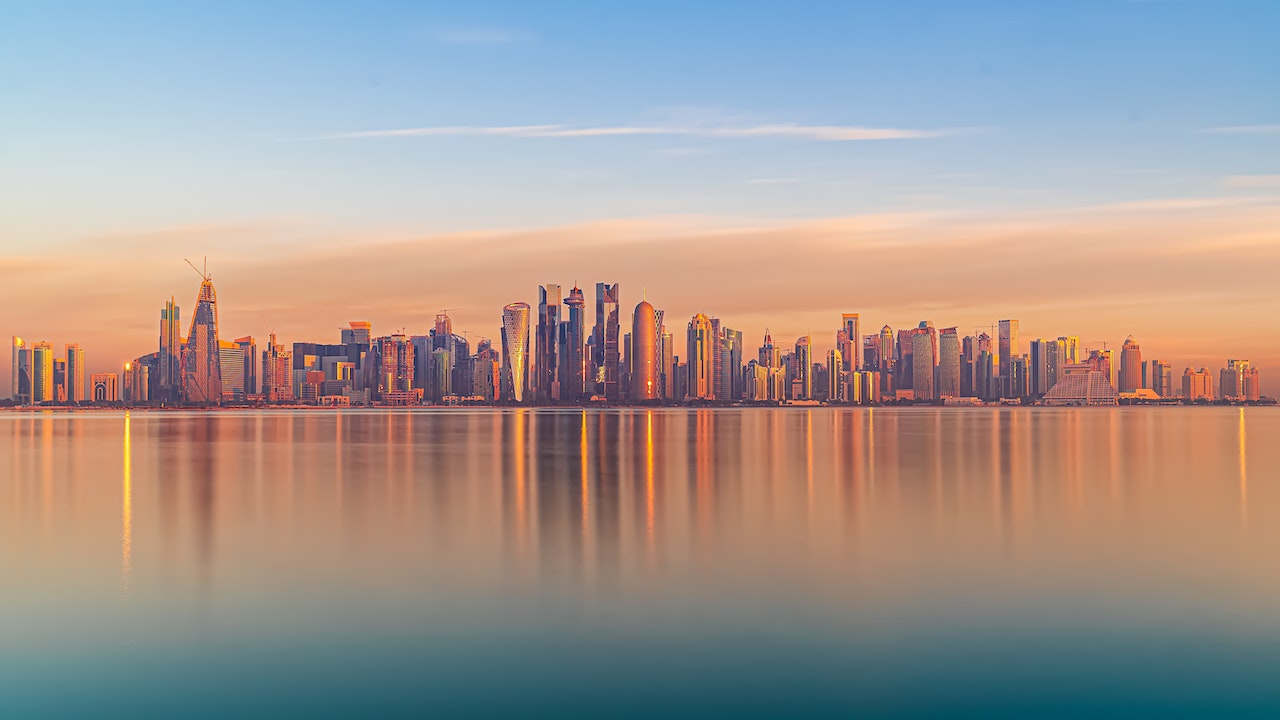 Qatar is a peninsular Arab country with significant petroleum deposits which comprises desert and a long Arab Gulf coastline of beaches and dunes. It shares its borders with Saudi Arabia, Iran, UAE, and Bahrain.

The capital of Qatar is Doha and it is located on the central east coast. Doha is a city with skyscrapers and ultramodern architectural buildings having ancient Islamic designs, some of them are the limestone Museum of Islamic Art which is located on the waterfront. Doha has an international airport with the capacity to handle all kinds of aircraft landing and taking off from here.

The economy of Qatar is based on petroleum and natural gas production in the country. Some ports are also there including Umm Said, Al Khawr, and Al Wakrah. Out of them only Doha and Umm Said can handle commercial ships.

Qatar has a hot desert climate with high temperatures due to its geographical location on the Arabian Peninsula, perennial cloud cover, and strong air currents. Due to the desert climate, there are long dry heat summers with temperatures above 45°C. In Winter it falls mildly about 5°C.

The FIFA world cup 2022 will be organized in Qatar from 18 November 2022 to 18 December 2022. Here 32 teams will participate in this tournament including France who is the last winner of FIFA cup2018. Many new stadiums have been prepared and all previously prepared have been renovated. The capacity of spectators in these stadiums is about 20 thousand to 80 thousand people. King Tamim is the king of Qatar since 2003. He has been involved in efforts to raise Qatar’s international profile through hosting sports events and one of them is to organize the next world cup soccer tournament.

Qatar has some of the largest oil and gas reserves in the world, and a significant portion of its production is carried out by foreign manpower. The nation’s residents benefit from a high standard of living and a solid system of social services as a result of its oil wealth. The thing that Qatar has been rated as one of the safest nations in the world is probably the biggest attraction. The fact that it is also regarded as a tax-free country is a major advantage.

With its high standard of living, first-rate medical care, and admirable educational opportunities, Qatar can be a very welcoming place for expatriates. The economy of the nation has kept growing over the years, with particularly strong growth in the technology, financial services, and oil industries.

Since the 1970s, Qatar has been a destination for foreign workers, who are mainly from India and Pakistan. The number of Indian migrants in Qatar has increased from around 10,000 in the 1970s to over 600,000 in 2017. There are now more Indians living in Qatar than there are Qatari nationals.

Qatar has a rich and diverse heritage, with roots that lie deep in history.

No comments to show.